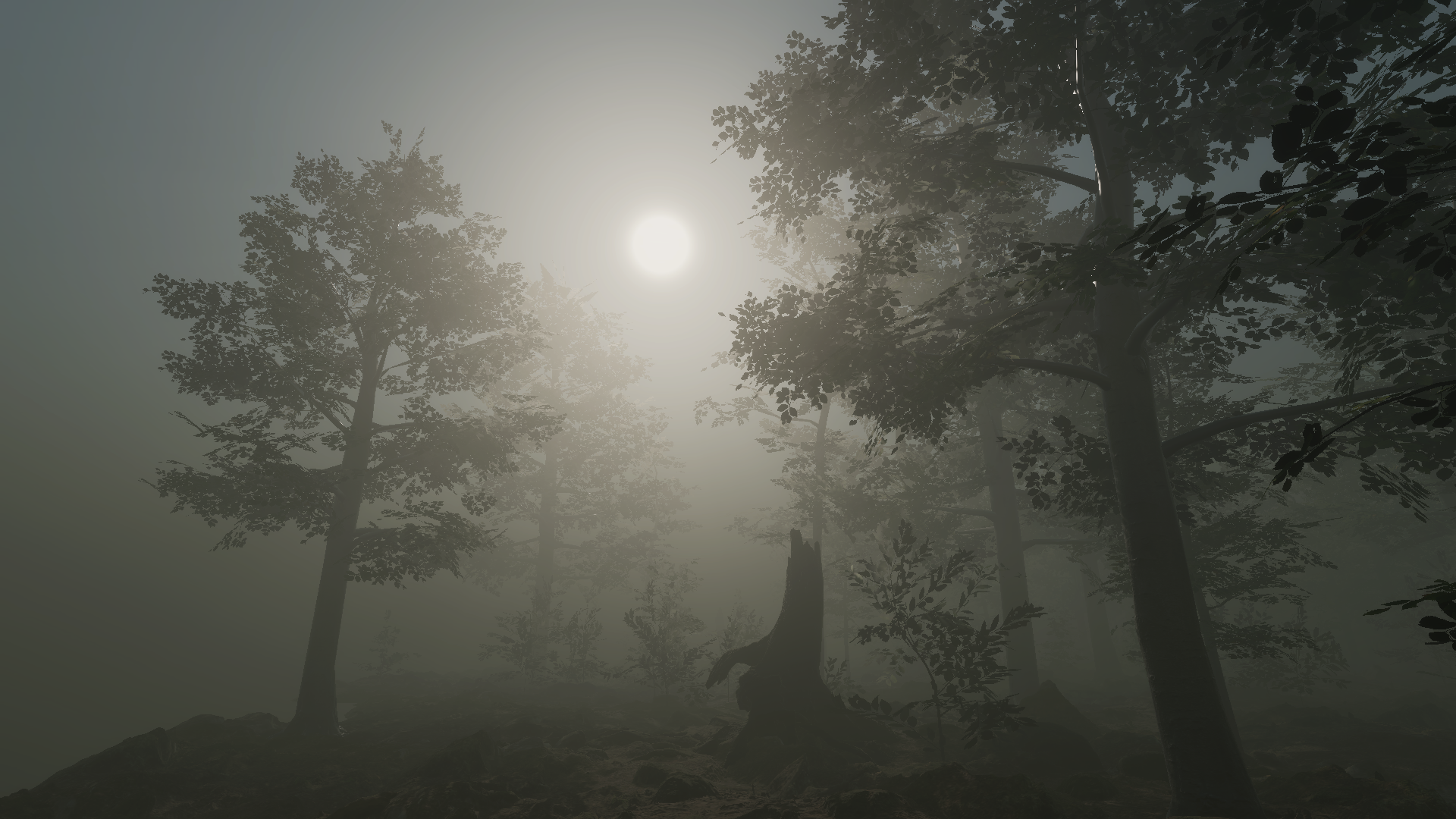 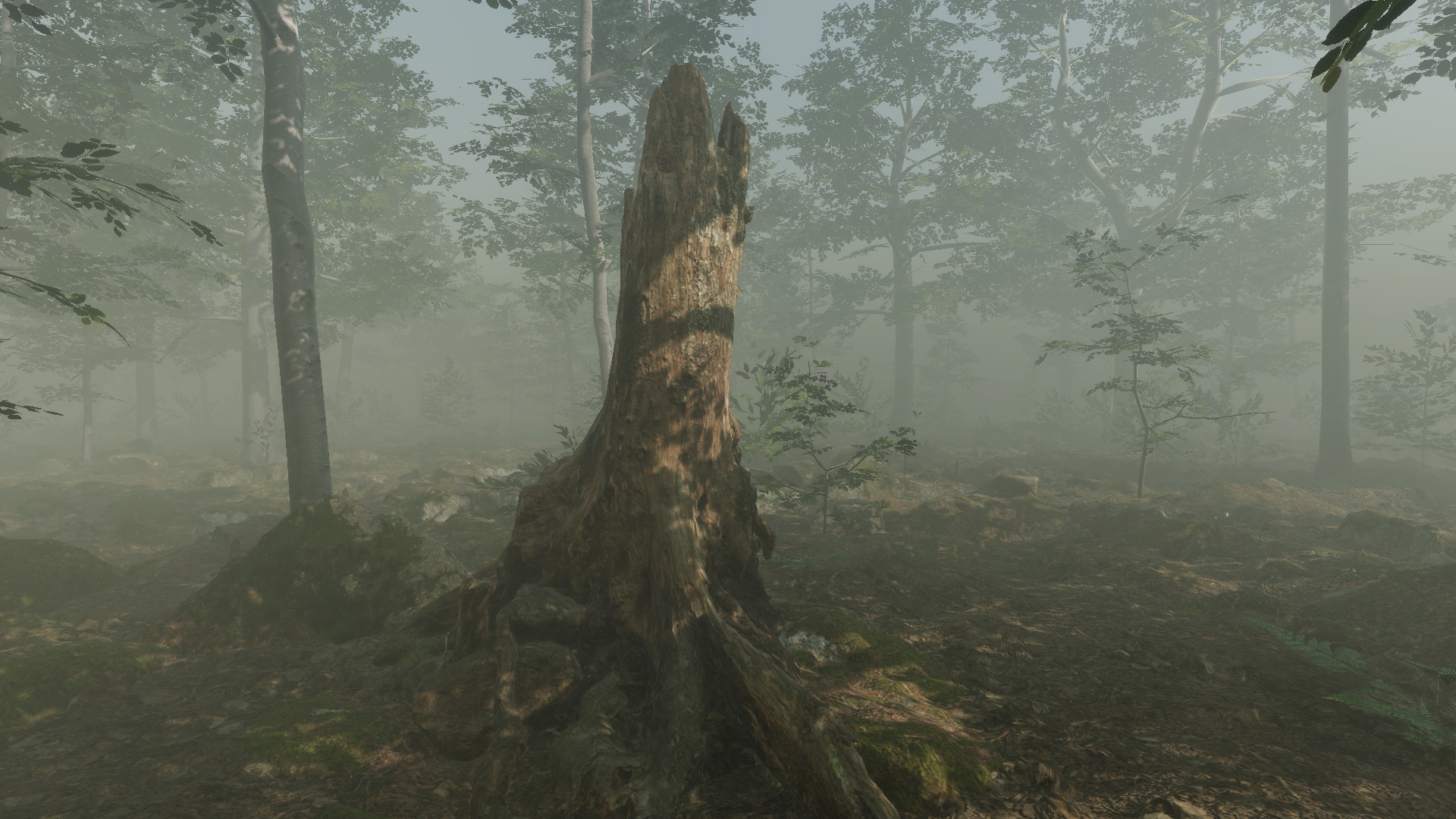 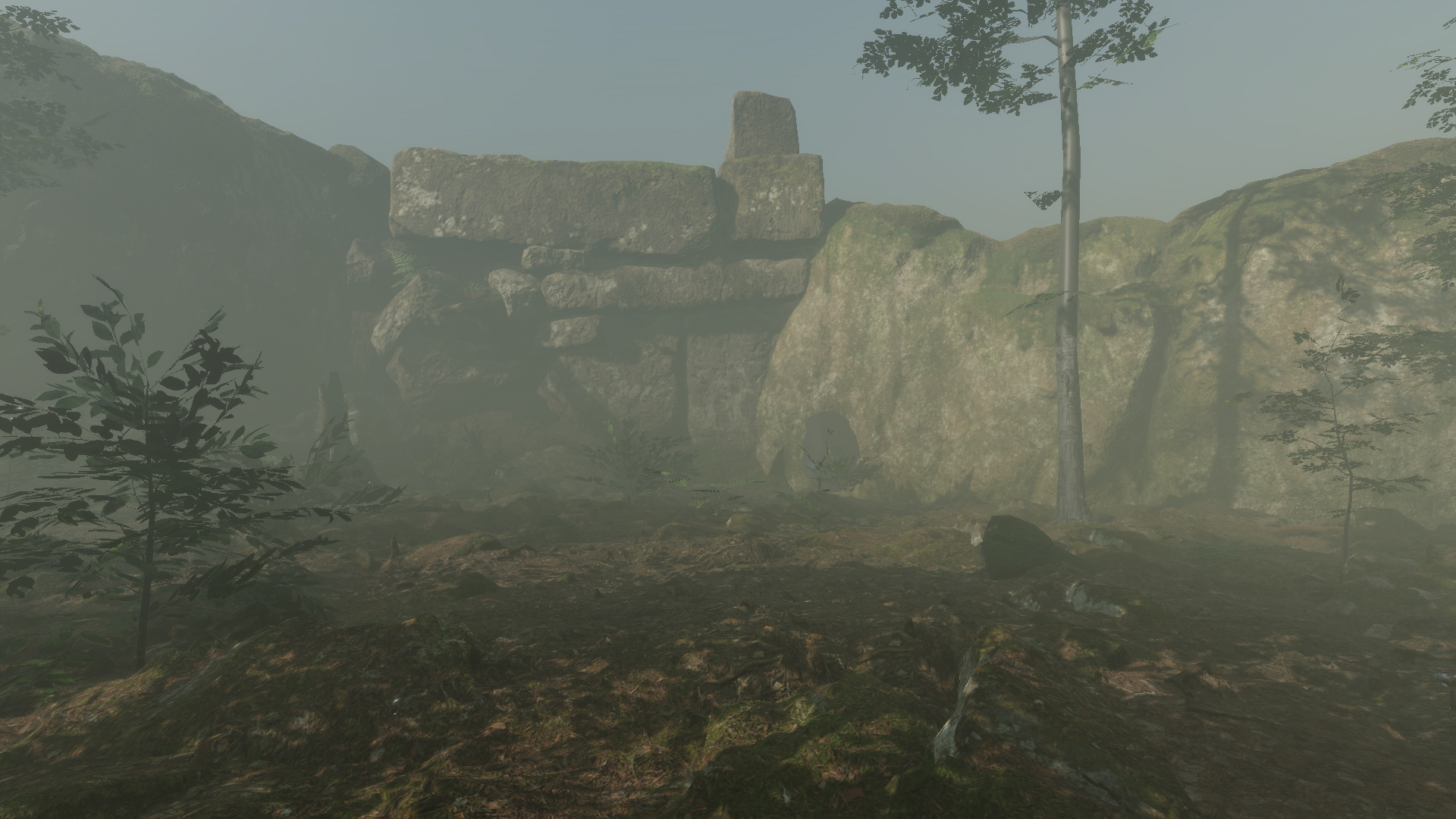 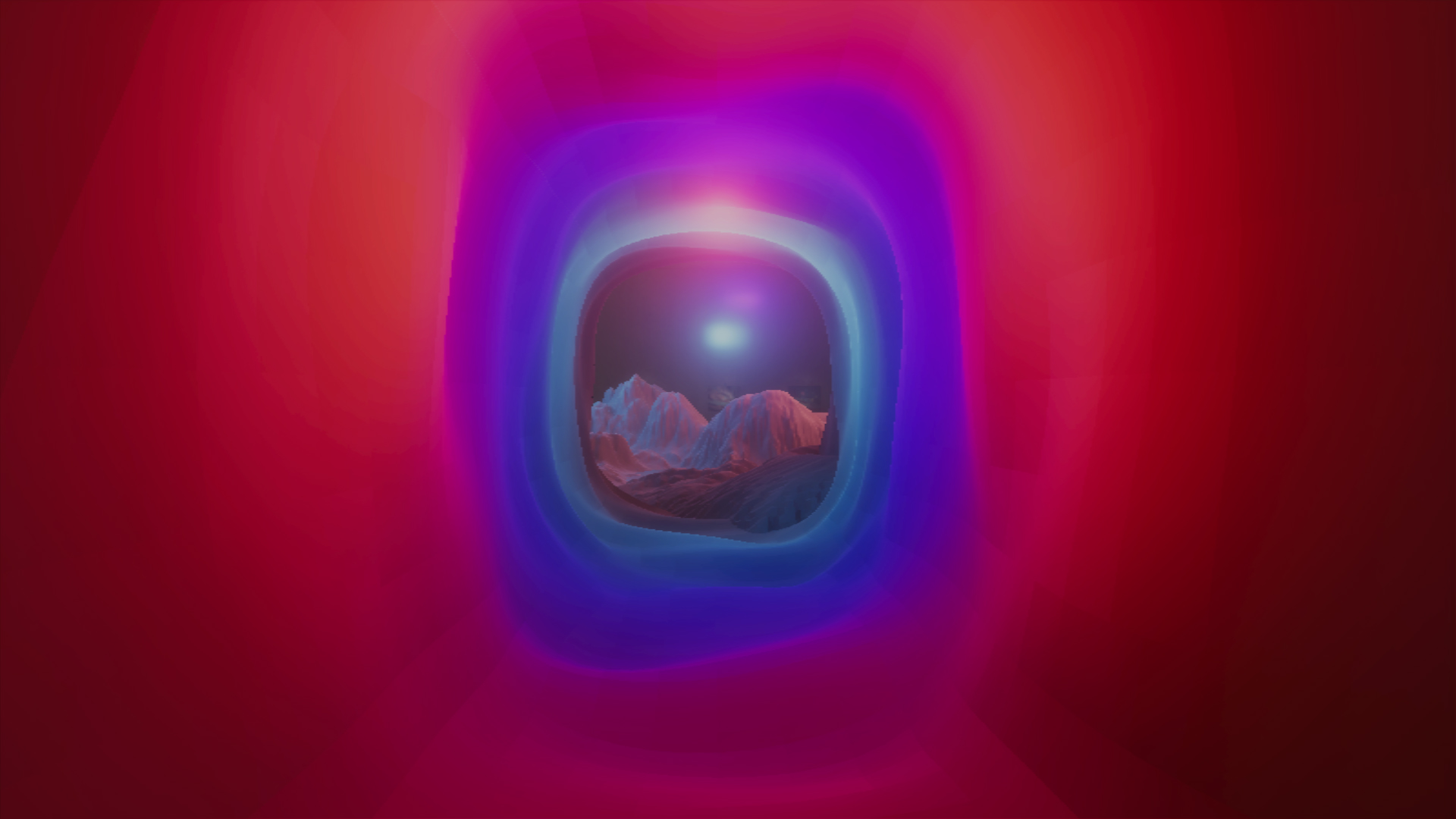 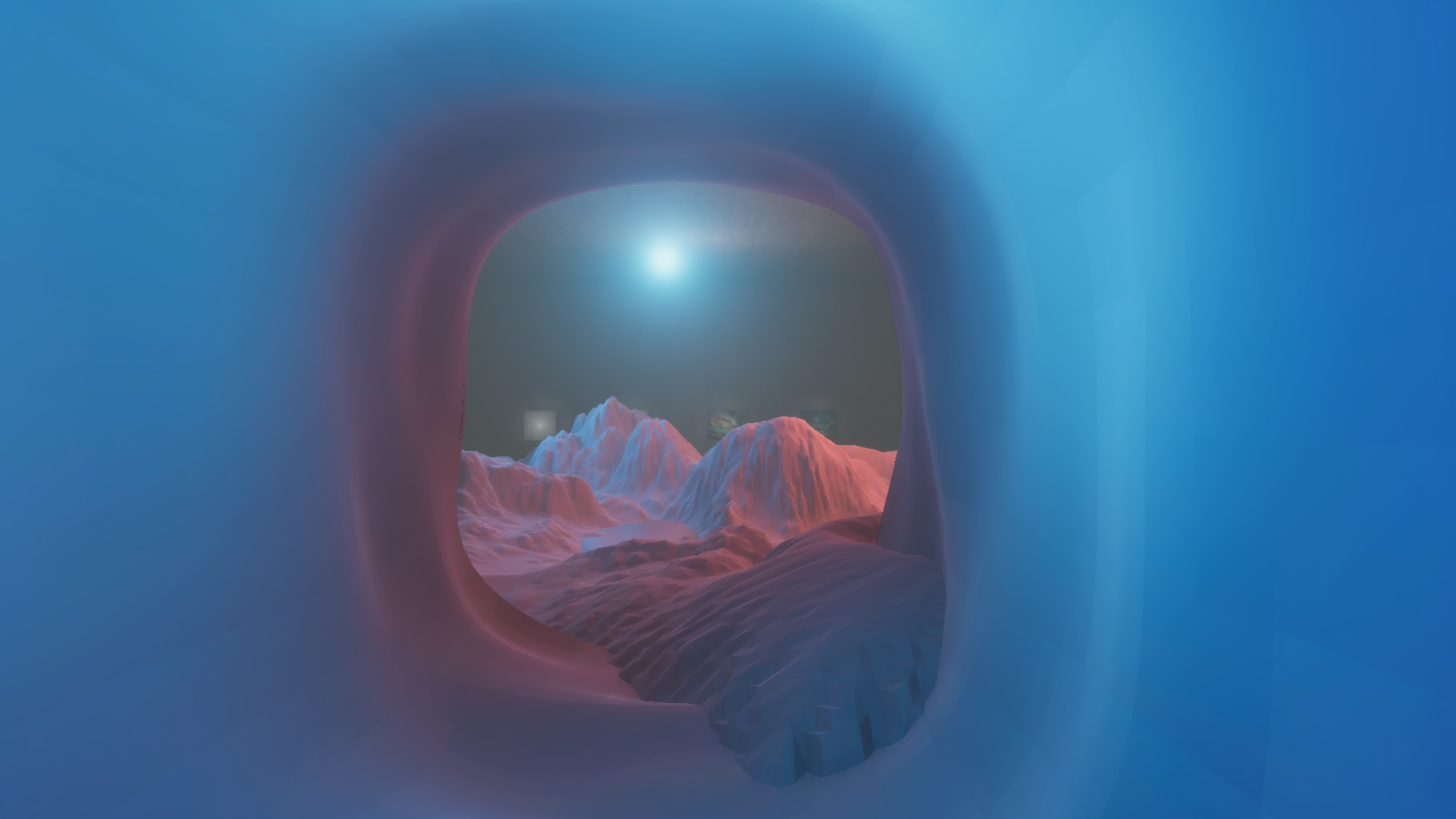 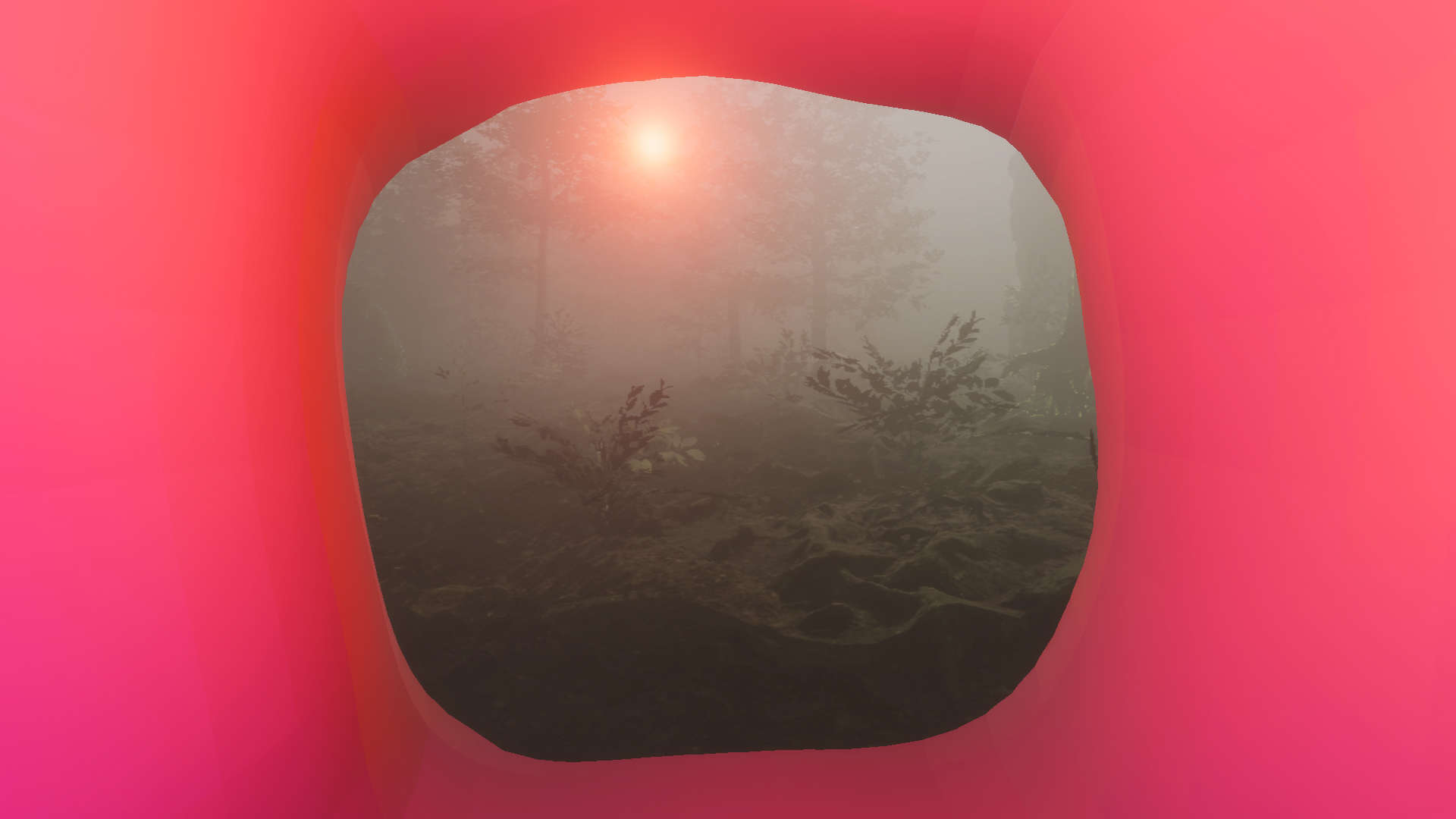 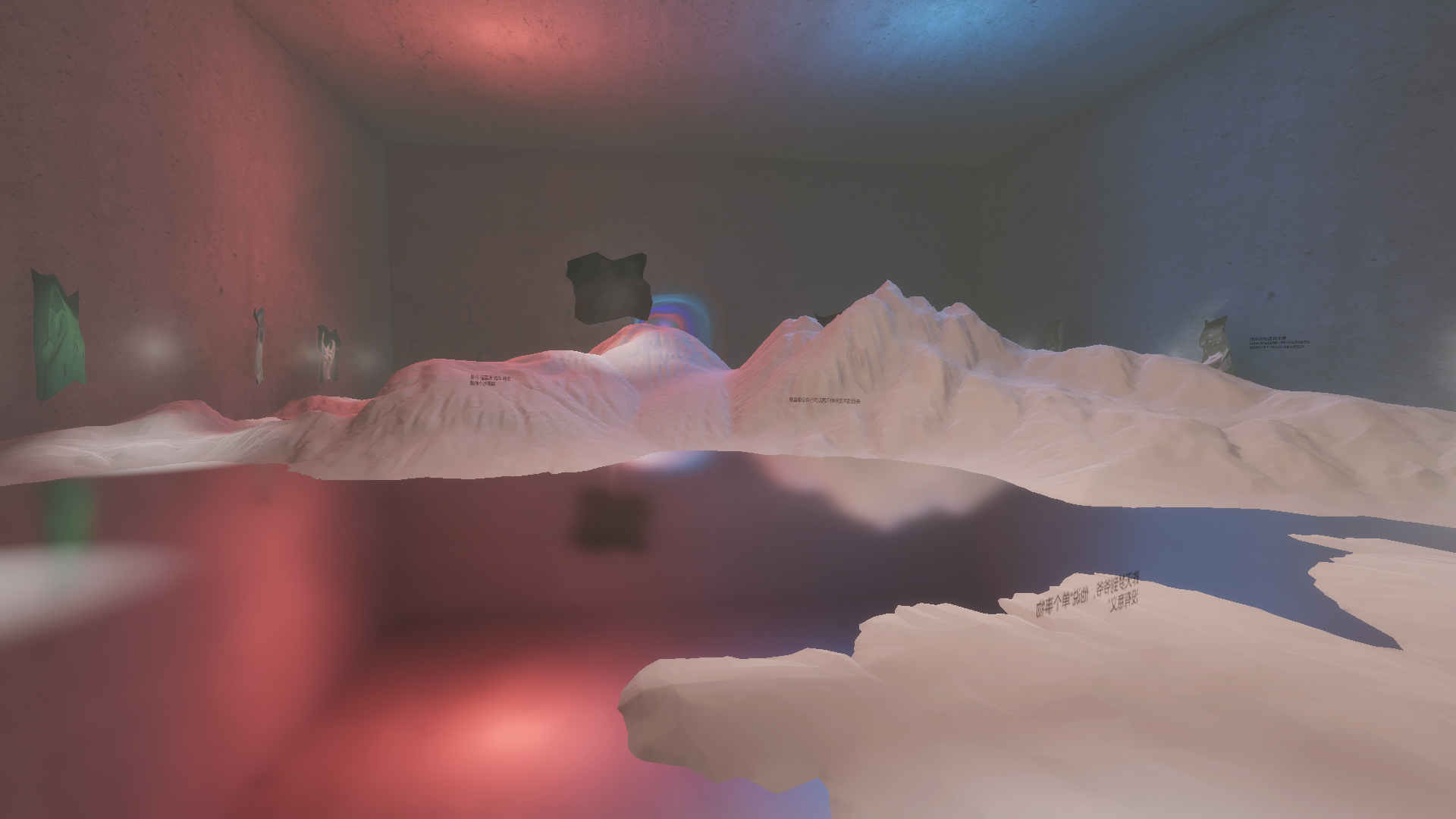 The project was completed with Xing Xiao.Based in computer games, this project is a virtual space with multiple scenes connected by portals. Walking through lush woods mottled with shadows, players can find sounds of chanted poems hidden inrocks or trees. We set up a hidden hole in the deep woods -- through a tunnel, the player can walk into a room where some of our paintings are displayed. These paintings move randomly according to the observer's sight. In the render algorithm of the pictures’ random motion, we used a noise algorithm similar to the one used for mountains in this space to create the isomorphism of the paintings and the space. The content of these paintings is continuation of our exploration into themes like writing, memory and technology, as well as symbols and translation. The concept of “Three Different Worlds” comes from the description of Platonism. Through this theory of imitations, Plato constructed a hierarchical system based on the idea of “reality” and by whose criteria Art is considered at the lower level to the extent that it was concluded that the Poets should be expelled in Republic.. This idea of reality has its variations in art history. With the rise of virtual identity and the expansion of cyberspace, the boundary between the virtual and the real is blurred; the physical world and mathematical models are mapped to each other and eventually, the “Three Different Worlds” will become “Three Different Expressions” as there will no longer be a distinction in the sense of hierarchy. The terrain generation algorithm used in the creation of the Exhibition Space requires a seed data as input and outputs a virtual terrain space. Its mathematical nature guarantees its certainty: the same seed data will always lead to the same terrainspace. However, since the choice of seeds is arbitrary, in theory, we can generate a continuous world with infinite possibilities. While in the Forestial World, the model is based on the mapping of concrete things in reality, where geology, plantations and poetries are drawn out of their contexts and is saved in the cyberspace. In the Exhibition Space, a mathematical world of ideas attempts to capture the roughness of reality whereas the objects in the Forestial World are the reflections of real things in the physical world.